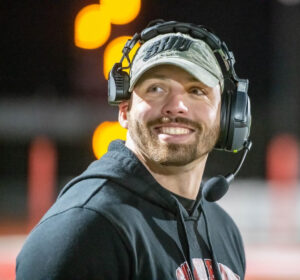 After graduation, coach Mike began his career as an Associate Head Coach of club football at Sacred Heart University. In his first season with the team, Mike helped lead the Pioneers to a 9-0 record and the 2017 NCFA National Championship. He coached both the defensive line, and linebackers in his role as Associate Head Coach. In Mike’s four seasons with the Sacred Heart University Club Football program, they have only lost three games and have shut out their opponents nine times. Additionally, the Pioneers have won three straight conference titles and have appeared in three straight National Semifinal games. Coach Mike has had the pleasure of coaching 13 NCFA All-Americans and 16 NCFA Academic All-Americans.

In 2019, coach Mike took the position of Head Strength and Conditioning Coach of club sports at Sacred Heart University where he coaches all 32 club sports teams.

In addition to his career at Sacred Heart University, coach Mike is also a certified personal trainer through the National Academy of Sports Medicine (NASM). He also has his NASM Strength and Conditioning 1&2 Certification as well as NASM Core Training 1, NASM PES certification, NASM-GPTS Certification. Coach Mike started his training career at Premier Fitness in 2017, and later trained at Overdrive Elite Performance Systems, before taking the position at The BV Training Lab.

Coach Mike utilizes his educational background as well as his athletic experiences during his training to create a special environment that breeds excellence in and out of the weight room. Coach Mike is a firm believer that there is always room for improvement. That belief is what drives him to improve every single day.