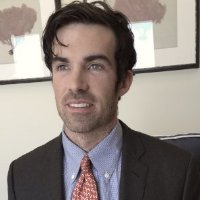 Alex Pettee played baseball at Georgetown University after attending St. Luke’s School in New Canaan.  Alex played the outfield, pitched, while earning an undergraduate and masters degree in finance. Alex coached at BVSA for several years, mostly coaching our Fury baseball teams. In addition to coaching for BVSA, Alex served as Head of Middle School Baseball at St. Lukes and coached the 7/8th grade team there for 3 years.  Coach Pettee was extremely organized, a great communicator, and was extremely consistent with the system he implemented.  The traits led to wild success at the middle school level where his teams regularly dominated the competition.

In the meantime, Alex has been building his own company from the ground up.  Endless hours are spent studying the real estate market and all of the industries that are affected by it.  He has a great pulse on the sector and it shows! Alex successfully created and is now the president of Hoya Capital Real Estate in Stamford, CT.  Hoya Capital released HOMZ, which is a successful REIT ETF; they have been highlighted multiple times on the floor of the NYSE.

When Alex isn’t researching for the fund, he spends his time on the water enjoying the Long Island.