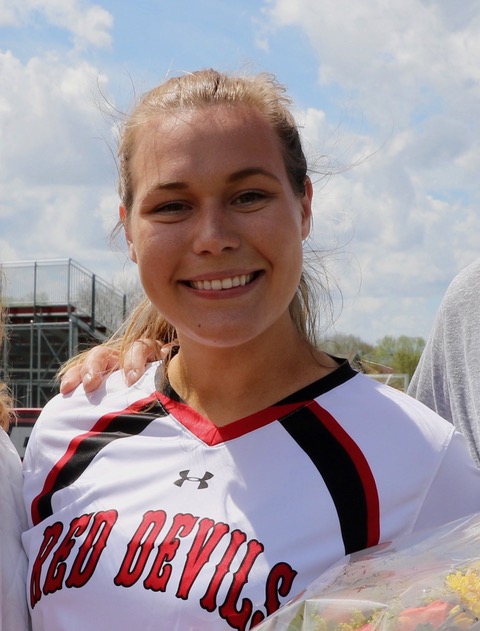 Marissa Ruschil was born and raised in Westchester, NY and attended St. Luke’s School in New Canaan, CT where she was a four-year Varsity softball player. During her high school career, Marissa was the starting pitcher and received numerous accolades including MVP of the WNEPSAC All Star Game, All-WNEPSAC and All-League FAA all four years, and was recipient of the Outstanding Senior Athletic award. During her time at St. Luke’s, her team won the FAA league and tournament in 2012, 2013, & 2015 in addition to two WNEPSAC championships.

Marissa graduated from Dickinson College in 2019 with a Bachelor of Science degree as a double major in Chemistry and Biochemistry & Molecular Biology. While at Dickinson, Marissa was a first year starting pitcher. However, after sustaining an injury, she assumed the role of student assistant coach. In Spring of 2019, her team won the Centennial Conference Championship and a bid to the NCAA tournament.

Marissa has been a softball instructor to girls ages 7-18 since 2015. While in Pennsylvania, she was an instructor at a local softball / baseball facility where she coached players in pitching, hitting, and fielding. As a student assistant coach, she gained valuable experience and coaching insight at the college level, including recruiting and management of the database. After graduation, Marissa has been working as an assistant coach for the BVSA Lady Titans.

Marissa is currently pursuing her masters at Teachers College, Columbia University in Communication Sciences and Disorders (expected graduation May 2021).   After graduation, she will become a licensed Speech Language Pathologist with a teaching certification. She is excited to be back at Bobby Valentine’s where she began as a young softball pitcher.