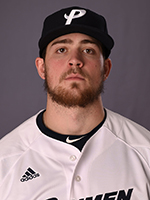 Taylor was the captain of the Football and Baseball teams at Greenwich High School.  He played in the 14 year old Babe Ruth World Series. He was drafted in the 13th Round (400th) of the 2013 MLB Draft by the Texas Rangers. He played College baseball for UCONN and SNHU. He is a three time Allstar in the Perfect Game Collegiate Baseball League with the Utica Blue Sox, having his jersey retired with the team. He also played in the 2018 DII World Series with SNHU.

Taylor joins us as a coach after training with Mike Abate and at BVSA for more than a decade. He is well versed in our curriculum and is excited to bring his passion to the athletes of BVSA.